How Iron and Zinc Assist Therapy For Depression 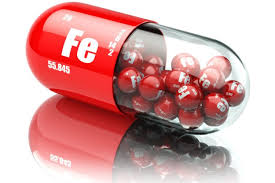 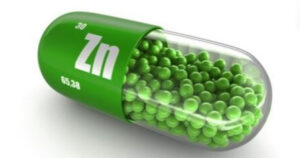 Unsurprisingly during the COVID pandemic more and more people are experiencing depression caused by situational factors and often come to our clinic to seek help. Sometimes people have a family history of depression, and while not all depressive symptoms are caused by stress and anxiety surrounding a person’s current life circumstances, many are.

At the Hayakawa Mental Health Clinic Issha in Nagoya, we commonly treat symptoms of depression with pharmacological therapy. However, our goal is to prescribe the least amount of medication needed to help alleviate symptoms and improve your quality of life.

Naturally, when medication is prescribed we monitor a patient’s blood to make sure that their liver and thyroid are functioning normally.

However, we also check for the levels of iron and zinc in your blood as these two metals can affect physical and mental health.

A growing body of evidence suggests that zinc and iron deficiency may be factors that underly depression in some cases.

Increasing the amount of iron or zinc you intake either through improving your diet or through supplements can often be effective in the overall treatment of depression.

Iron is a vital mineral that plays a role in every cell of your body. It is a component of the hemoglobin protein in red blood cells, which carry oxygen throughout the body.

When there is a lack of iron in the body, red blood cells become small, and less oxygen circulates to body tissues. This condition is called IDA or iron-deficient anemia. Common symptoms of iron-deficient anemia include lack of energy, dizziness or lightheadedness, and pale skin.

Iron deficiency (ID) can contribute to depression because iron is required for the production of dopamine, one of the neurotransmitters in the brain that keeps us happy.

Symptoms of dopamine deficiency include fatigue, apathy, anxiety, depression, and poor concentration among others.

Our bodies use tyrosine, an amino acid that is used by cells to synthesize proteins, from protein-rich foods such as lean meats, fish and seafood, dairy products, nuts, and seeds to produce dopamine – but this only happens in the presence of iron. Think of it like this: low iron leads to low dopamine, which can lead to depression.

At our clinic, routine blood tests are conducted to measure ferritin. Ferritin is the body’s storage form of iron and the most reliable test for iron deficiency.

Another key metal for healthy brains is zinc.

A meta-analysis published in December 2013 in the journal Biological Psychiatry analyzed 17 studies and found that depressed people tended to have about 14 percent less zinc in their blood than most people do on average, and the deficiency was greater among those with more severe depression. In the brain, zinc is concentrated in glutamatergic neurons such as glutamate (the most abundant neurotransmitter in our brain and central nervous system.)

Glutamatergic neurons are involved in virtually every major excitatory brain function. They increase brain activity and play a crucial role in neuroplasticity (the ability of neural networks in the brain to change through growth and reorganization.) These neurons feed into the mood and cognition circuitry of your brain.

In a study performed by the University of Newcastle in Australia, it was discovered that the odds of developing depression among men and women with the highest zinc intake was about 30 to 50 percent less than those with lower levels of zinc.

All of this being said, dealing with and treating depression via pharmacological therapy or supplements requires guidance by a certified healthcare professional. Some adverse side effects have been noted and monitoring and regular testing is part of a healthy approach to dealing with depression.

It should also be noted that pharmacological treatment and supplements are not the only options for dealing with depression. Other tactics can include:

• Communicating with loved ones and expressing your feelings to someone you trust.

• Cultivating a meditation or deep breathing practice to aid in relaxation.

• Practicing gratitude by thinking of three things you are grateful for every day.

• Aim to exercise and move your body daily to increase your endorphins.

• Sit outside on sunny days to boost your levels of Vitamin D.

For more information about zinc, iron, and other metals that affect mental health see this article from Scientific American:

The US National Library of Medicine and National Institutes of Health has more information about Iron deficiency here:

Here is a link to a recently published analysis on psychiatric disorders and the risks in patients with iron deficiency anemia and association with iron supplementation medications: